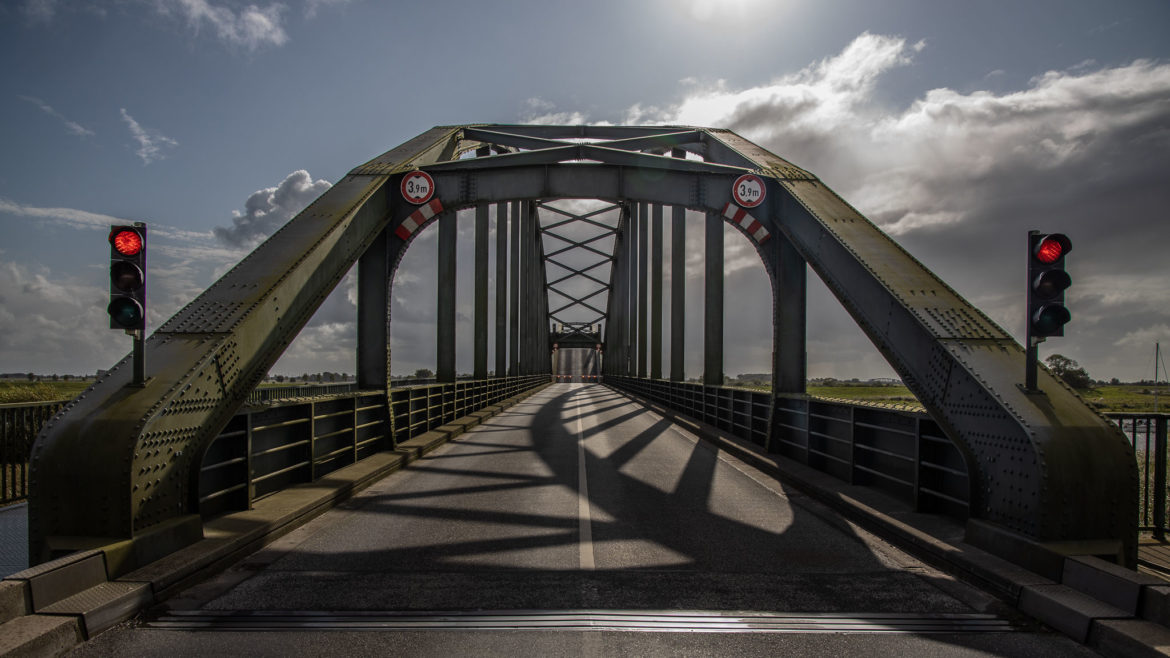 Since 03 September 1916, the Eider Bridge near Friedrichstadt has been in service after only two years of construction. With a length of 245 meters, it spans the largest river in Schleswig-Holstein at this point, connecting Friedrichstadt in North Friesland with St. Annen in Dithmarschen. Previously, a ferry had provided the connection here for several hundred years, a crossing cost just five pfennigs per person.

It once cost 560,000 Reichsmark, which would be the equivalent of just two million Euros today. The architect Friedrich Voss made such an impression with this construction that he was commissioned to design the high bridges on the Kiel Canal in Hochdonn, Rendsburg and Kiel.

I was just here in September, when the bridge closed again, i.e. the bascule bridge parts were lowered, in order to give the car traffic a free ride again shortly afterwards. But this was the opportunity for me to set the bridge in scene so beautifully symmetrically in the hard backlight.