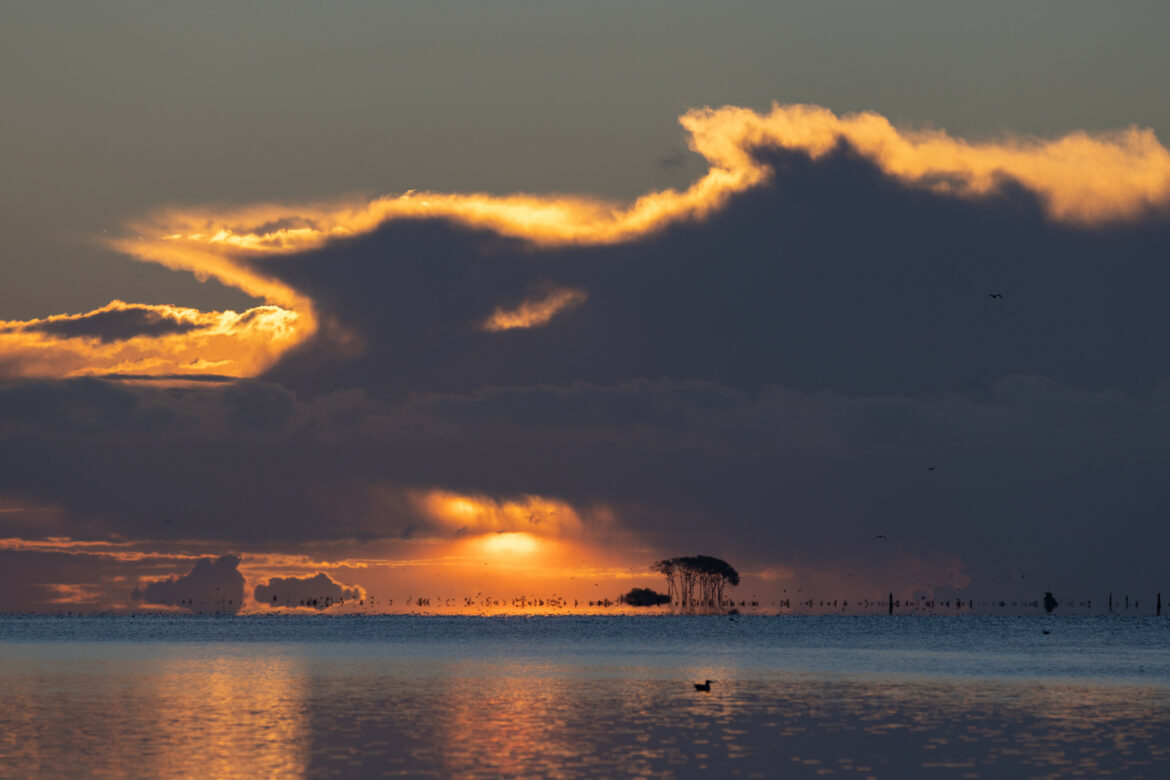 In addition, there is the group of trees on the northern hook near Schleimünde. This in turn makes one think of savannah pictures. Only the duck in the foreground doesn’t quite fit in.

What a great atmosphere!